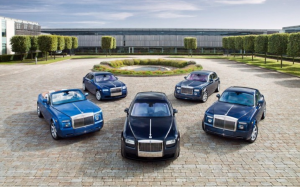 Rolls-Royce is one of, if not the most iconic British car manufacturer of all time. Which Rolls-Royce I’d pick if i had unlimited money would leave me stumped.

It is a brand which is associated with class and prestige. As such people perceive that they are only owned by the wealthiest among us. That is not actually always the case – I recently sold my used Rolls-Royce Corniche which I had been driving for around 8 years. In all fairness I never actually paid for it myself – my dad had owned it since 1983 and passed it onto me for my thirtieth birthday.

The reason for me writing about this today was that a friend was asking me how I afforded to drive a Rolls-Royce. It got me thinking. I started having a look at the different models which are currently available and how affordable they actually are. My Corniche sold for just over £35,000, but when I was looking at used Rolls-Royce Silver Spirit cars online I saw many for under £10,000 which really surprised me. These days you can pay almost double that for a new supermini!

Personally I don’t think that there is a great deal of difference between the Corniche and the Silver Spirit. Therefore I was a little shocked at the difference in price between the two. The Corniche has been around longer – it debuted in 1971. On the other hand the Silver Spirit was first produced in 1980 – so I suppose that makes it more of a classic in some people’s eyes.

The Silver Spur was also priced relatively inexpensively in my opinion; used Rolls-Royce Silver Spurs were being sold online for around £13,000 on average when I had a look. Of course these vehicles are still between twenty and thirty years old! Therefore, whilst I think they are good value for Rolls-Royce, they won’t appeal to everybody.

If you desire a new Rolls-Royce, you’ll need to stump up a lot more cash than £10,000! Take the Phantom for example. A used Rolls-Royce Phantom will cost you anywhere between £120,000 and £200,000, but for that price you really are buying a piece of engineering brilliance. The Phantom is unbelievably refined and comfortable, with acres of space inside. It is also incredibly quick and agile for its size – which you certainly wouldn’t expect given its executive appearance.

What I have found is that you don’t have to be a millionaire to drive a Rolls-Royce! However, if you want to drive recent one you probably do!