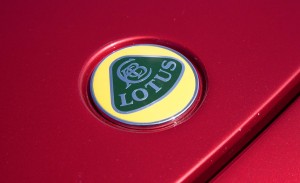 Lotus Cars is a British car manufacturer that specializes in manufacturing sports cars and racing cars. Furthermore they have established a group that specialises in hybrid and electric vehicles. The company was originally founded in 1952 by Colin Chapman but was bought by General Motors in 1986.

In 1993 General Motors sold the company to a company controlled by Romano Artioli. But later, in 1996, a majority share of the British manufacturer was sold to Proton. Lexus is now recognized as the Lotus Group but is divided into two sections consisting of Lotus Cars and Lotus Engineering.

They produce several popular models today. These models include the Elise, the Exige, and the Europa but there are plenty more to choose from.

The Elise is a two-door convertible roadster. It comes with a 1.4-litre straight four engine and replaced the Lotus 7 and has been produced in two series; Series 1 and Series 2. Production began in 1996 but continues to the present day. The fact that the Elise has such a long history means you can get a great bargain on a second hand Lotus Elise.

The Exige is a two-door sports car that provides seating for two. The Exige replaced the Elise. Production began in 2006 and continues to the present.

The Europa is a two-door sports coupe that provides seating for two. Production of the Europa began in 2006 and continues to date.