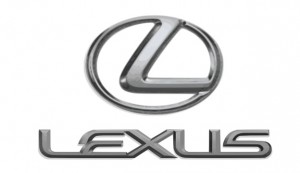 The Lexus Brand is a luxury car division of the Toyota Motor Corporation. Created by a team of Toyota designers and designed to appeal to a more affluent group of buyers. After much research and study the specialized Toyota team developed the first Lexus in 1989; the Lexus LS 400.

Lexus has since grown into the top selling luxury brand in the United States as well as in other countries. They have also delved into the hybrid market in more recent years. Lexus now provides a full range of high-end vehicles.

The Lexus brand is well-recognized and is best known for its reliability and great customer service. Current popular Lexus models include the Lexus IS, LS, RX, SC, and the Lexus GS.

The Lexus IS is a compact rear-wheel drive or all-wheel drive. The IS is an entry-level luxury car that was first produced in 1998 and is currently being produced in its second generation. The car is available as either a four-door sedan or as a five-door hatchback. In the United Kingdom two versions of the Lexus IS are sold; the IS 250 and the IS 220d.

The Lexus LS is a full-size rear-wheel drive luxury sedan. The LS is recognized for its exceptionally quiet cabin and is one of the most reliable cars in the world. The LS is a four-door sedan that has been produced in four generations. Production began in 1989 and continues to the present.

The Lexus RX is a crossover SUV. The entry-level luxury four-door SUV has been produced in two generations. Production began in 1997 and continues to the present. The RX was updated in 2007 to help keep it fresh but a newly designed RX is scheduled for release in 2009.

The Lexus SC is a luxury coupe that comes in convertible form as well. The Lexus SC has been produced in two generations from 1991 to the present. The SC is popular among celebrities and has been featured in various songs and videos.

The Lexus GS is a luxury sports sedan or executive car. The GS is a four-door sedan that has been produced in three generations. The GS was first produced in 1991 and production continues to date.