Cadillac is a luxury car producer whose cars are sold primarily within the United States. But this Brit can vouch for them as I own a Cadillac SRX! The Company was founded in 1902 as the Cadillac Automobile Company.

The Cadillac Company enjoyed many creative and innovative firsts. For instance, in 1908 the company was recognized for precision manufacturing, in 1910 they were the first to produce cars with a fully enclosed cab. The company later introduced standard electric engine starting and lighting. In 1914 the company introduced the first production V8 engine. In 1927 the company used a designer to create the car’s body, and in 1929 the company was instrumental in developing the automatic transmission.  From 1930 to 1940 Cadillac offered a V-16 engine, in 1948 it was tailfins, and later in the 1960s the company introduced a system of alerting drivers of light bulbs that are not functional.

In 1932 Cadillac sales suffered record lows and the company was faced with discrimination issues concerning the sales of Cadillacs to black customers. Faced with the possibility of discontinuing the Cadillac line entirely, the company decided to focus on black buyers. By 1934 the company had turned around and was the only American car manufacturer who made a profit during the Great Depression.

The 1950s Cadillac models had prominent tailfins and Dagmar bumpers. During the 1960s and 1970s Cadillac changed designs and implemented new innovations frequently, but despite their efforts the brand suffered many ups-and-downs.

During the 1980s Cadillac began rebuilding its image. The company developed the Cadillac Seville which was the beginning of a much smaller line of Cadillacs. Eventually the larger models were completely phased out, and by 1996 Cadillac had a completely front-wheel drive line-up with the exception of the Catera.

Cadillac has resisted the trend in recent years to develop a ‘retro’ model. The company has instead devised an ‘art and science’ ideology. The company develops the cars with hi-tech designs and incorporates the latest technology, thus creating very sleek and modern cars that appeal to a wide variety of buyers. Some such models include the Cadillac BLS, CTS and XLR.

The Cadillac BLS is a four-door compact executive car. The car comes in two forms sedan and station wagon. The BLS comes with a full-range of engines including two diesel options, a turbocharged four-cylinder and a turbocharged V6.

The current BLS was first produced in 2006 with production continuing to date. A second generation BLS is in the works and is set to be released in 2010.

The Cadillac CTS is an entry-level luxury car. The four-door luxury sedan was first produced in 2003. The car is rear-wheel drive and has a manual transmission. The car offers the option of three V6 engines or a V8 engine that is similar to the Corvette engine. A new CTS model is expected as early as 2008. Production of the current CTS model continues to date.

The Cadillac XLR is a luxury roadster. The car shares the same platform as the Chevrolet Corvette. The XLR is equipped with the Cadillac Northstar engine. The XLR comes in two forms, convertible and coupe. In convertible form the car comes with an aluminum hardtop. Production of the XLR first began in 2004 and continues to date.

My favourite Cadillac is at the moment is the Cadillac SRX, it is their luxury SUV entry and the new one has done very well when it comes to reviews etc, you can also get a good deal on a second hand Cadillac SRX. 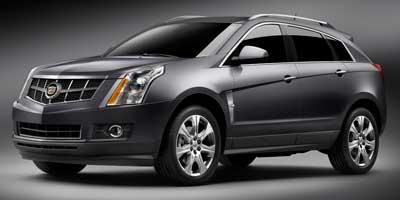 Cadillac is a luxury brand that is well recognized within the United States. The Cadillac brand has expanded through the years to cater to a more diverse group of buyers. The company’s dedication to build quality is evident in their cars and has played a key role in the company’s overall success.